History and Politics are, of course, distinct subjects with their own appeal and importance, but they are also an integral part of the broader curriculum that the school offers.

History and historians are present in collaborations with other departments, in various trips and events, and as an intellectual underpinning for much of the academic activity in the School.

The Department’s ethos is rooted in thoughtful research, sceptical analysis and academic rigour. It promotes a culture of conversation and debate. The Department’s approach is an inclusive one, however, accepting the challenge of giving every Merchiston boy a sense of history and their place in the world. The curriculum has been devised so as to relate the history of Scotland to that of Britain, and to place Britain in a wider international context. 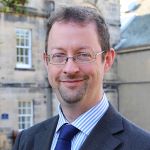 Mr Thompson teaches History throughout the School, and also Government & Politics and Economics in the VI Form. He is very interested in music and the performing arts and he oversees the School's Arts programme. He specialises in cultural history and in the history of Sixteenth Century Britain and Europe. 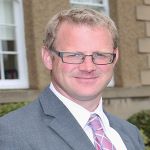 Mr Hall is a graduate of Strathclyde University. He spent 8 years teaching in New Zealand before returning with his young family to join Merchiston in 2012. His degree was in Geography and Politics. As well as teaching Geography across the school, Mr Hall also teaches A Level Politics in the VI Form. His specialisms include Global Politics and Political Ideologies. He has many sporting interests, and is an experienced rugby coach, having coached the 1st XV at his last school in New Zealand. 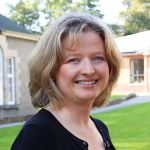 Teacher of History and Politics
BA

Mrs McDiarmid teaches History across the school and also Politics at A Level. She is particularly interested in Twentieth Century History and current affairs. 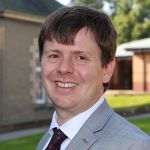 Mr Newham teaches History throughout the School, and also Government and Politics in the VI Form. He is a tutor in Laidlaw North and coordinates the Cecil Stagg Society, intended to stretch the most able boys. He has a particular interest in East Asian History and languages. He is an Assistant Head Academic, with particular responsibility for university applications

In addition to the obvious teaching resources, textbooks and technology in our three dedicated classrooms, the Department’s greatest facility is the Spawforth Library, which houses very good History and Politics sections. We also make use of the libraries at our neighbouring universities.

In Shell and Fifth Forms the boys follow the Cambridge IGCSE Modern World syllabus. In particular, they follow international relations from 1919 to 1989, with depth studies of inter-war America and Germany. There is no coursework, but the boys sit three exam papers at the end of the course.

At A-level the Department follows the AQA board for History. We focus on three distinct topics: boys will take exams in Tudor Britain (1585-1603) and the Birth of the USA (1740-1801). We also do a coursework project on the causes of the Bolshevik Revolution of 1917 in Russia

For Politics we take the Edexcel exams, covering UK politics and constitution in the Lower Sixth and Global Politics in the Upper Sixth.

The Department arranges a wide programme of trips away from school, ranging from the Royal Mile to Stirling Castle. Our boys studying IGCSE History get the chance to participate in a trip to Eastern Europe, while our VI Form boys have the opportunity to take a brief study visit to London. Both of these trips support closely our curriculum covered by those year groups.

Every year our boys studying A-Level Politics also have the opportunity to visit First Minister’s Questions at the Scottish Parliament. Visiting speakers include academics from the universities and politicians of national as well as local standing. Our keenest boys take part in essay competitions for Oxbridge colleges and public speaking challenges arranged by the Historical Association.

The Headmaster discusses the right to education and gives an update on some of academic and sporting activities around the School.

We have held webinars to provide information and advice on subject choices and university applications.

A representative from Baker Hughes gave A Level Geography pupils a valuable insight into the oil and gas industry.