Before half term, the Pringle Centre went on a trip to Lindisfarne in England. It is also known as the Holy Island. It took us around 1hr 30mins to arrive there, but it was a beautiful drive and we got to spot lots of geographical features on our way down.

First, we went to visit St Cuthbert's cave, which was made of limestone. It was awesome and we climbed on the rocks. We learnt all about the cave. It is said that the ancient monks of Lindisfarne laid St Cuthbert’s body to rest here in AD875, the reputable saint who possessed the power of spiritual healing.

Then we drove the short distance for the main adventure - we crossed the causeway onto Lindisfarne, which was amazing because the water was adjacent to us. We then had lunch on the beach next to the castle. It was a spectacular view, overlooking the pier and up towards the castle. It looked so alluring because the boats made it look so majestic.

We then went to the Lindisfarne Centre, where we watched a short documentary about the invasion of Vikings in 793 AD.

Finally, we made the 1/2 mile walk up to to Lindisfarne Castle. The castle was made up of lots of little rooms. There was a room with nothing in it and it was very claustrophobic. There were picturesque and breath-taking views from the top of the castle. I went to the toilet there and it was very old fashioned. It looked like it was more than 800 years old. There was a small window that I could look out of. The castle was very old and it looked magnificent. We could also see lots of native birds and there were views all the way to Bamburgh.

After that, we ate lots of biscuits and got back on the bus - it was time to leave. I had a lovely time at Lindisfarne and I wish I could go again. Thank you to all the staff involved. 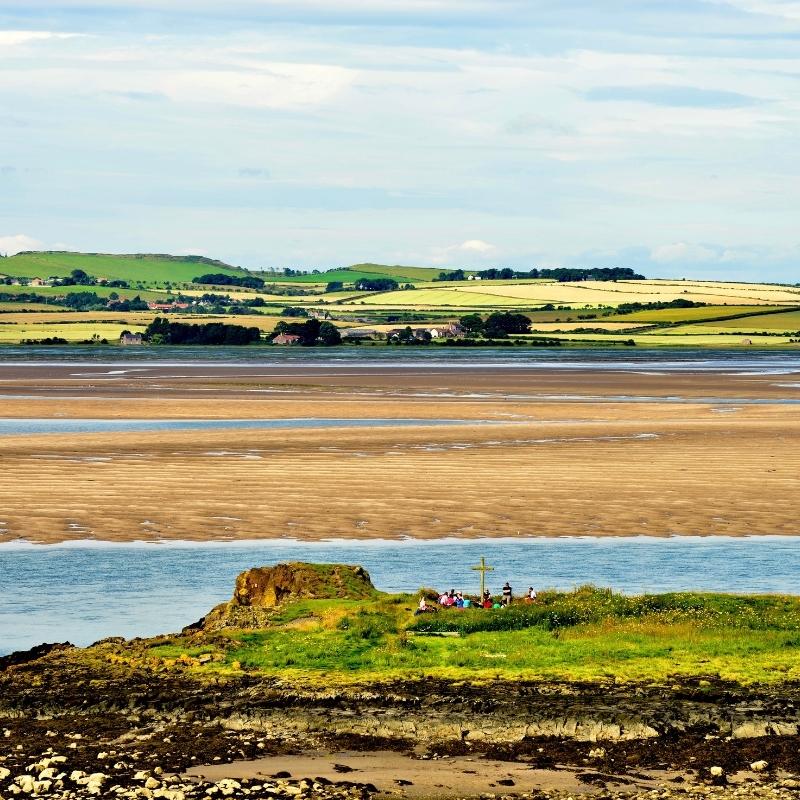