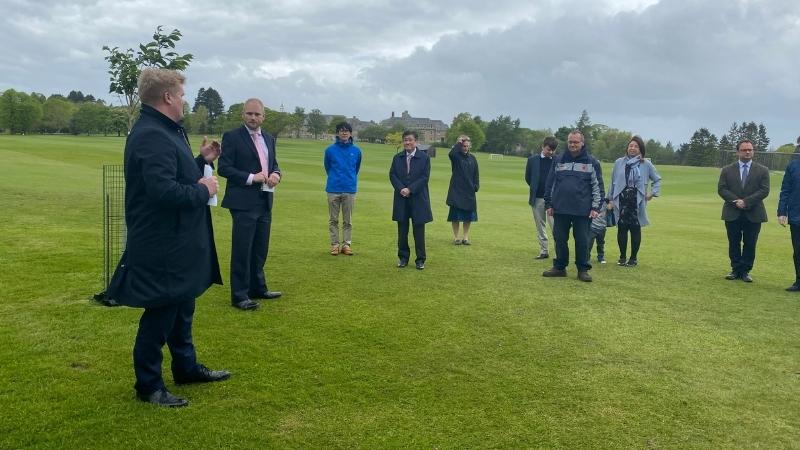 Today we held a dedication ceremony to mark the donation of three ornamental cherry trees by the Sakura Cherry Trees Project. This was part of the Japan-UK Season of Culture 2019-20, held to accompany the 2019 Japan Rugby World Cup and 2020 Tokyo Olympics. They are intended to commemorate 150 years of Japan-UK friendship and the thirtieth anniversary of Merchiston’s successful rugby tour of Japan, the first such tour ever undertaken by a Scottish school team.

Delivery was delayed by the Covid-19 pandemic, and these trees were planted on 16th March 2022, seven days after the Merchiston 1XV 2021-22 won the first post-pandemic Scottish Schools Cup Final at Murrayfield. The three trees so kindly donated are beni-yutaka, tai-haku & yedoensis.

We are very grateful to Mr Tadashi Fujiwara, Japanese Consul General, for his attendance at the event. 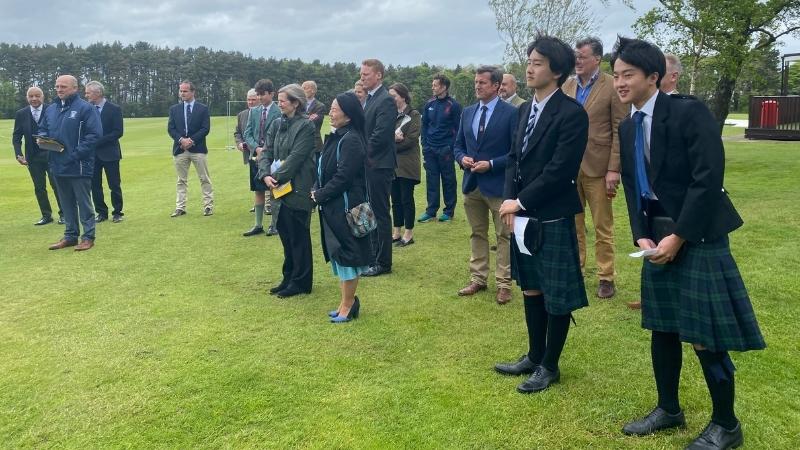 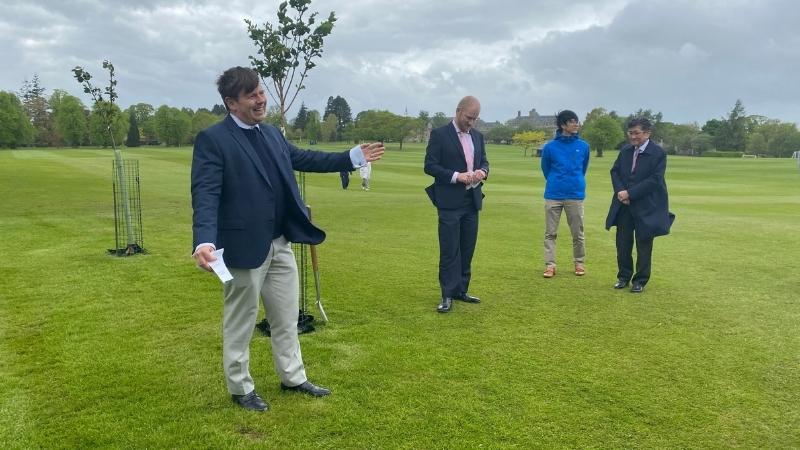 Mr Fraser Newham, former member of staff at Merchiston, made the original application to the Sakura Cherry Trees Project in 2019 as part of the Japan-UK Season of Culture.  Mr Newham spoke about the importance of Merchiston's links with Japan, offering huge potential for the future. 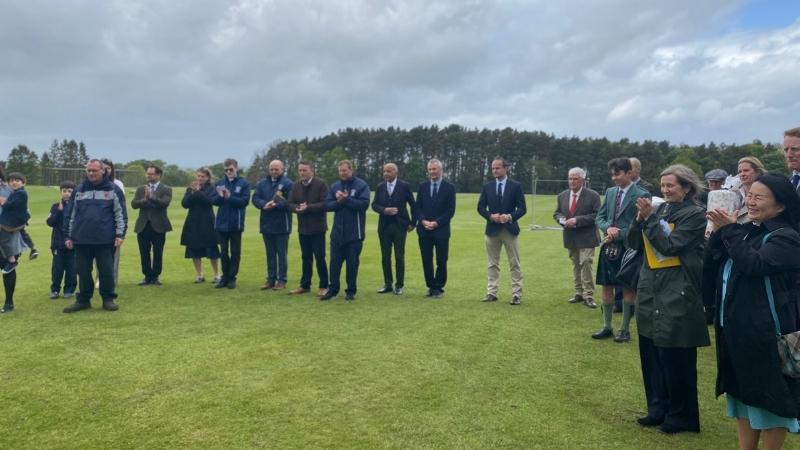 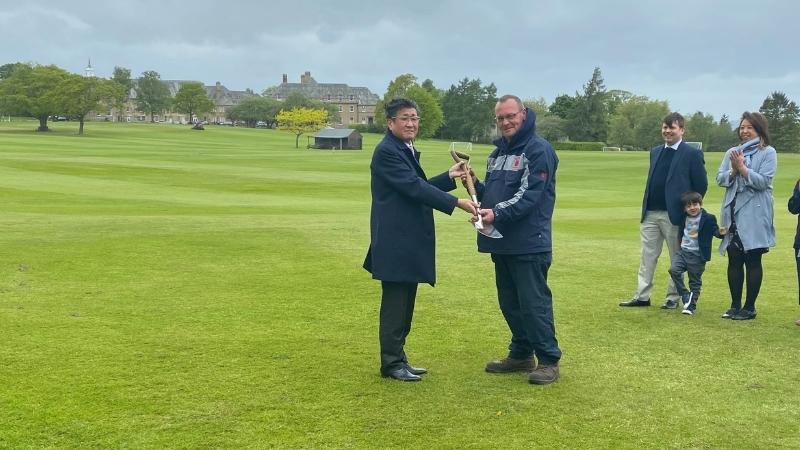 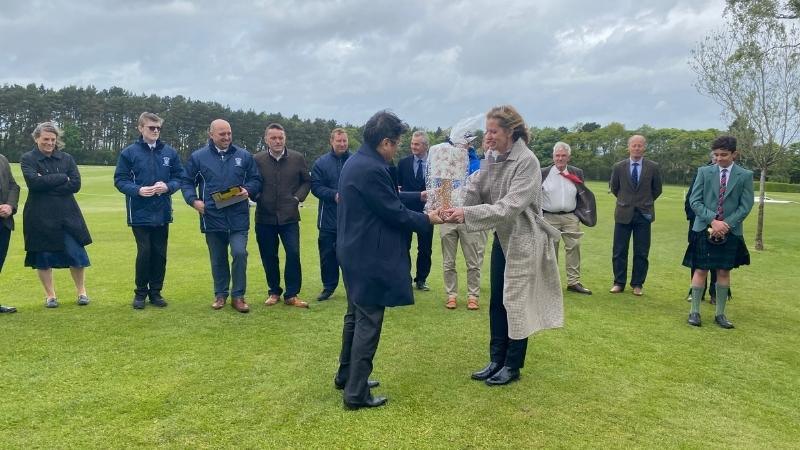 Dr Clare Nugent, Head of Design and Technology, presented Mr Tadashi Fujiwara with a lamp created by our students. The lamp base was carved from wood from a fallen cherry tree and the flaws improved, inspired by the Kintsugi technique of mending ceramics. 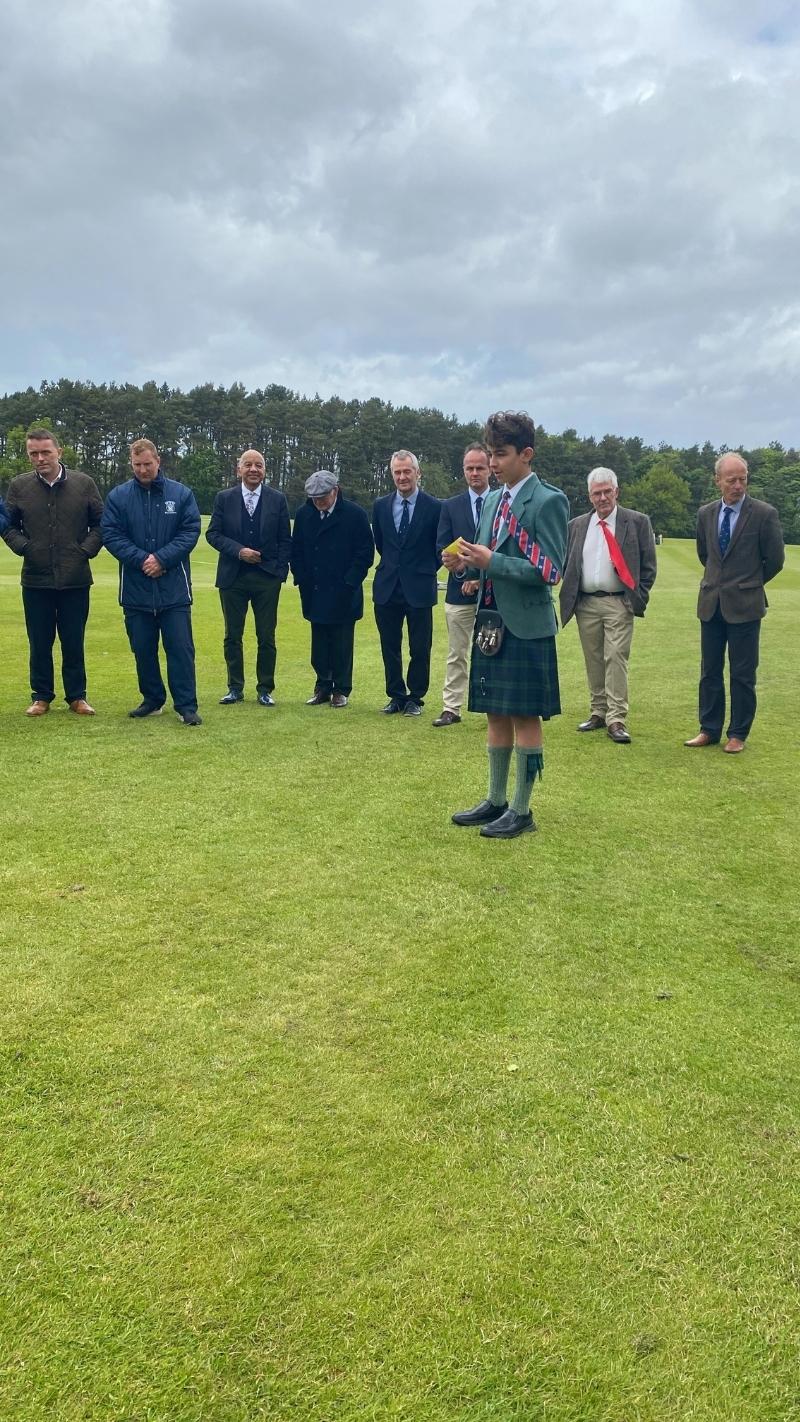 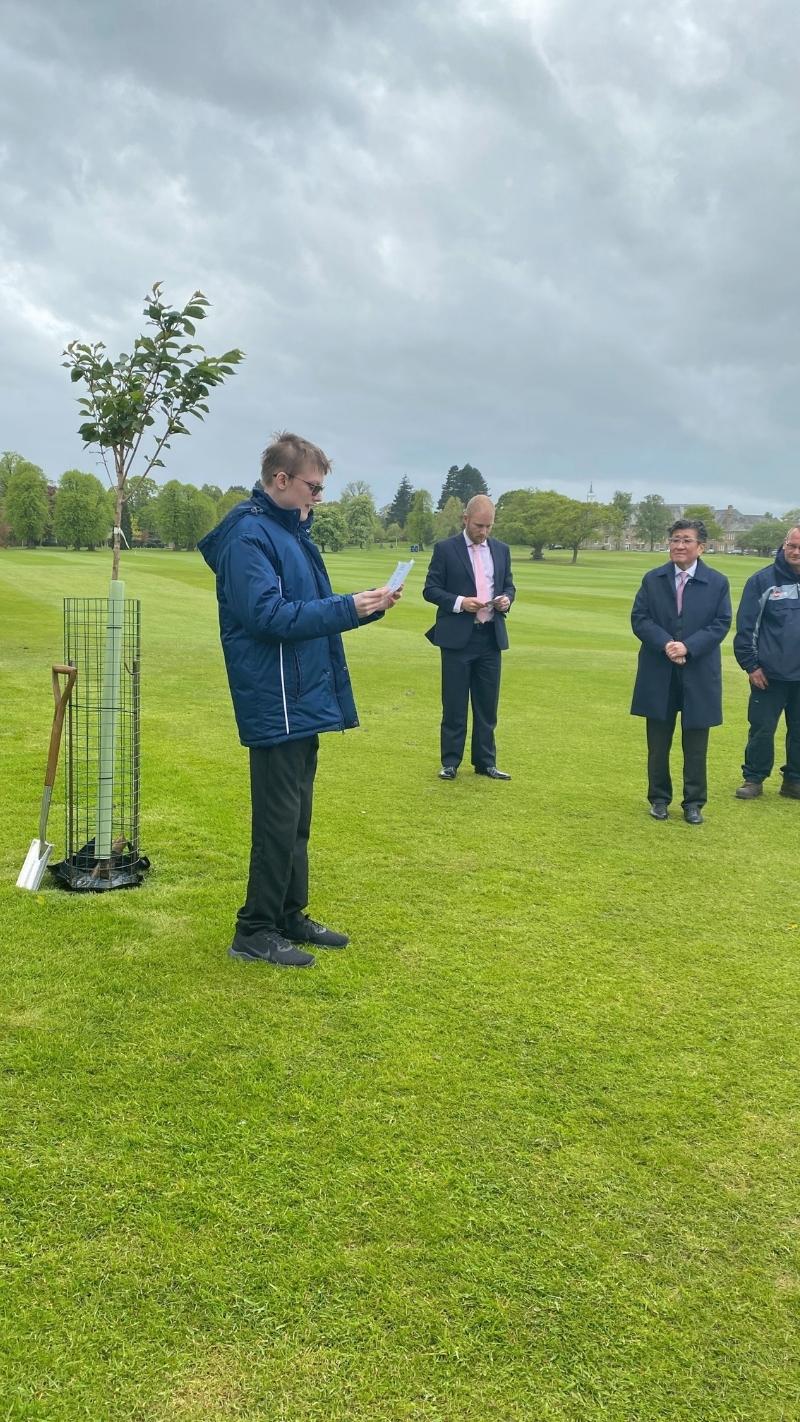 Elliot TG, a Rogerson student, studies the Japanese language as a Co-Curricular activity. He recited ‘Sakura’, by Michio Mado in both Japanese and English. 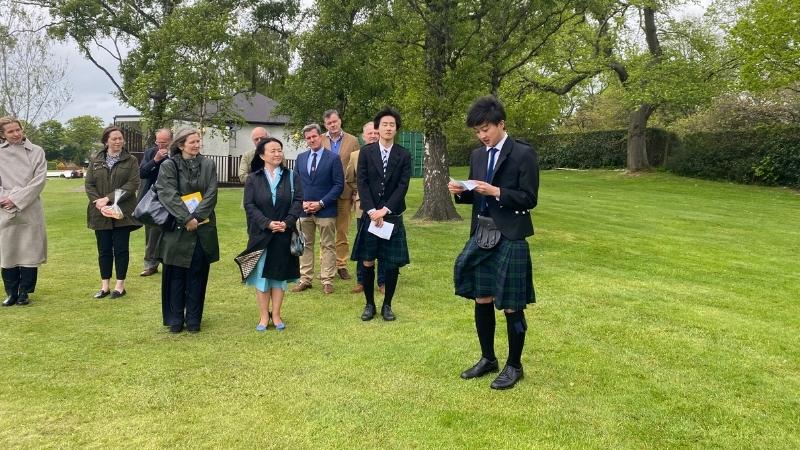 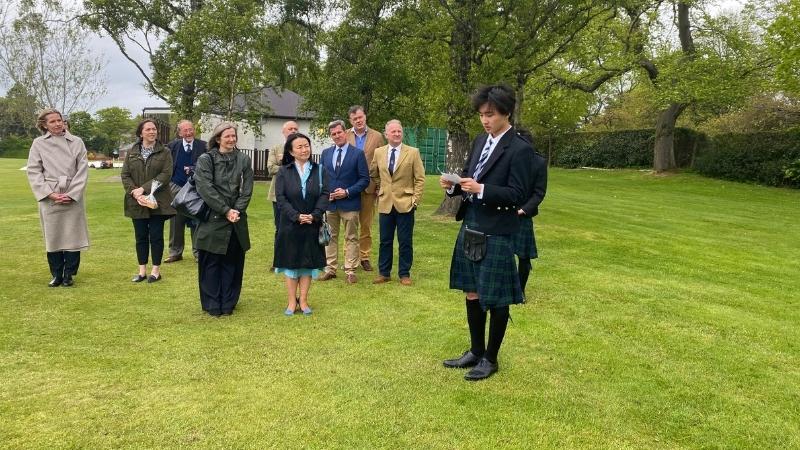 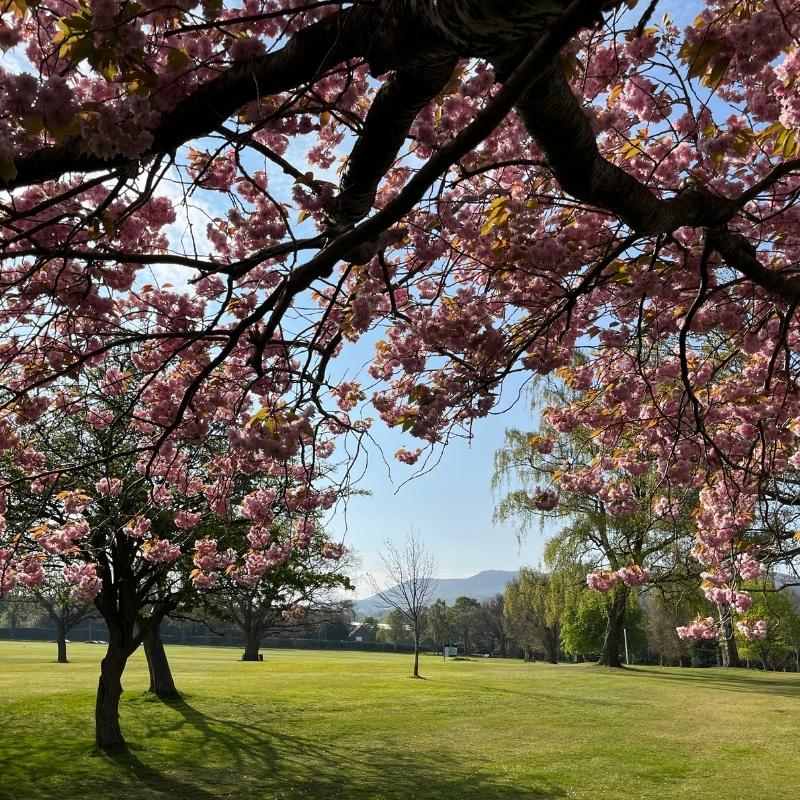 Kirsty Nicholls
13 May 2022
Powered by Finalsite