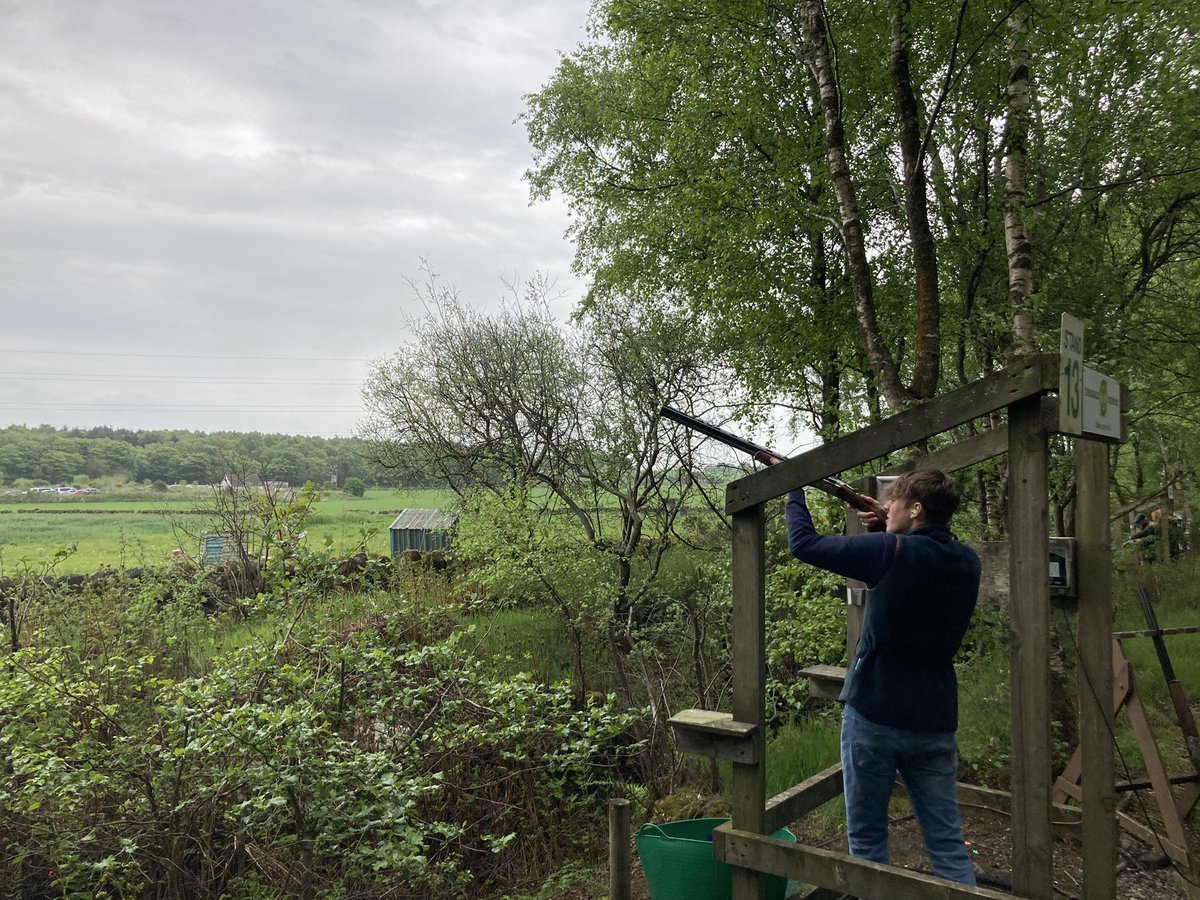 On the morning of Sunday 15 May, 8 boys (Archie C, Fraser A, Oscar J, Felix B, Ptolemy R, Harry D, Will S, Angus M) travelled up to Cluny clays in Fife to shoot a clays match against the Merchistonians. A brief spell of rain quickly subsided and the match got underway, with teams of 5 (3 Merchistonians and 2 pupils) making their way around the 5 different traps on their score cards. Over the 50-cartridge competition, Will S took the title of best shot, with 39/50, and the Merchistonian scoreboard was topped by Mr Simon Collins, with 43/50. Overall, the Merchistonians edged victory by the narrowest of margins, with an average of 32.1, compared with the pupil average of 31.5.

Huge thanks to all participants, and particularly to Mr R MacMillan for his organisation on the Merchistonian side. 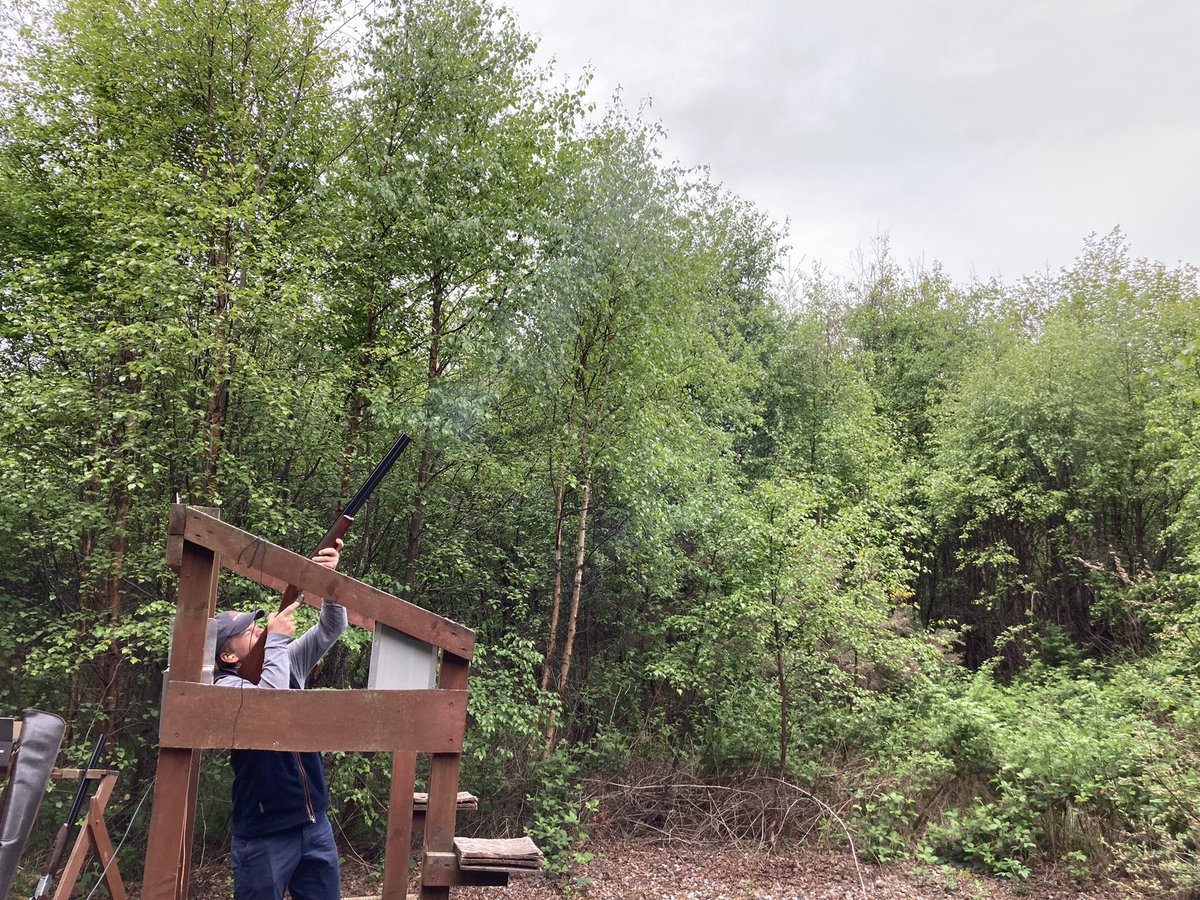 During the afternoon the Merchiston small-bore shooting team welcomed the Merchistonians in the Miller Range, after a 2 year hiatus, to compete in the annual competition. The boys team comprised of Stephan H (UVI) Robbie S (UVI, Ptolemy R (LVI), Richard T (V form) and Daniel R (IV form). Each team was required to submit 16 cards of NSRA 10 bull configuration, giving a Highest Possible Score (HPS) of 1600. The Merchistonians had a team of 8 each firing 2 cards, with the boys firing 3 cards each, with Stephan H firing 4 to complete the 16 required. 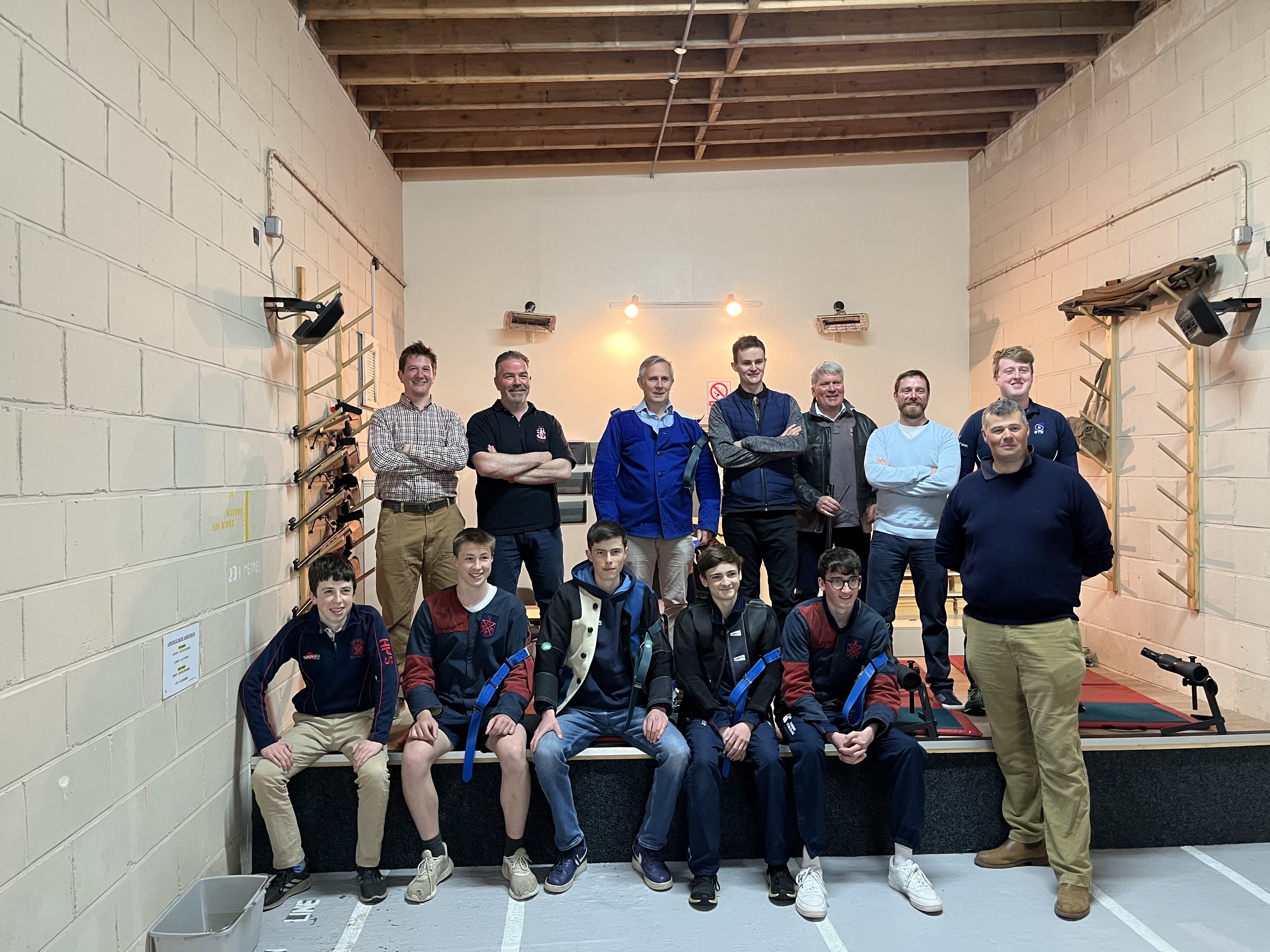 The boys proved to be strong competition for the Merchistonians. Stephan H, Robbie S, Richard T and Ptolemy R all shot impressive cards matching or improving on this terms averages. Daniel R achieved a personal best on a card and raised his term average overall. The final scores read Merchistonians 1476/1600 with the boys achieving a very creditable 1424/1600. A narrow defeat in shooting terms, however, all the boys should be rightly proud of this result given the lack of range time over the last 2 years.

Well done to all the boys for the shoot and the manner in which they conducted themselves in welcoming the Merchistonians. 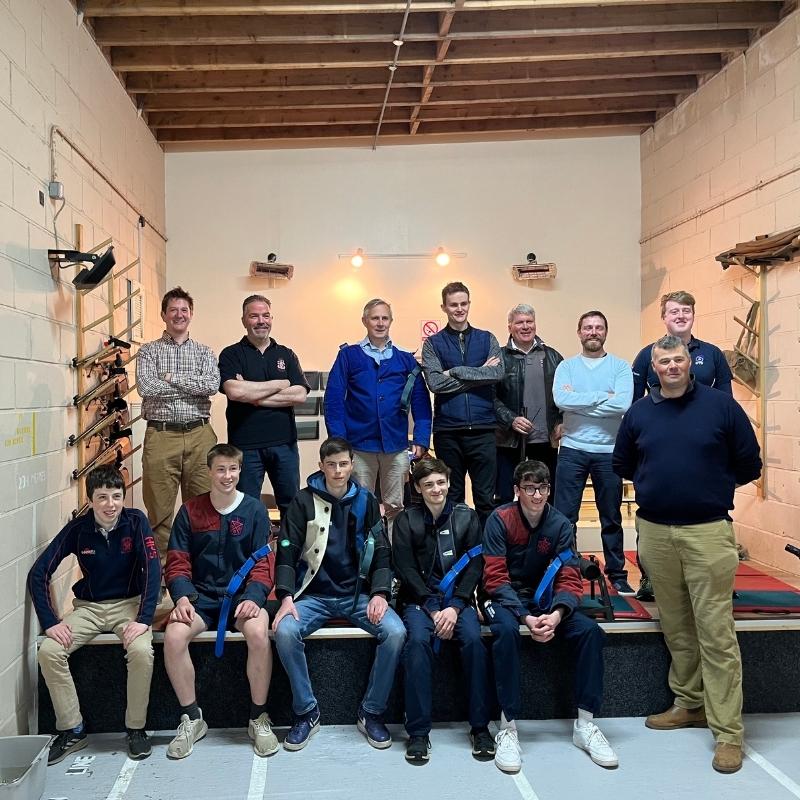