There is no doubt that this year's production of Disney’s Beauty and the Beast was the highlight of my Merchiston career so far. The production has been a great opportunity to form friendships with both guys from Merchiston and with the girls from St George’s 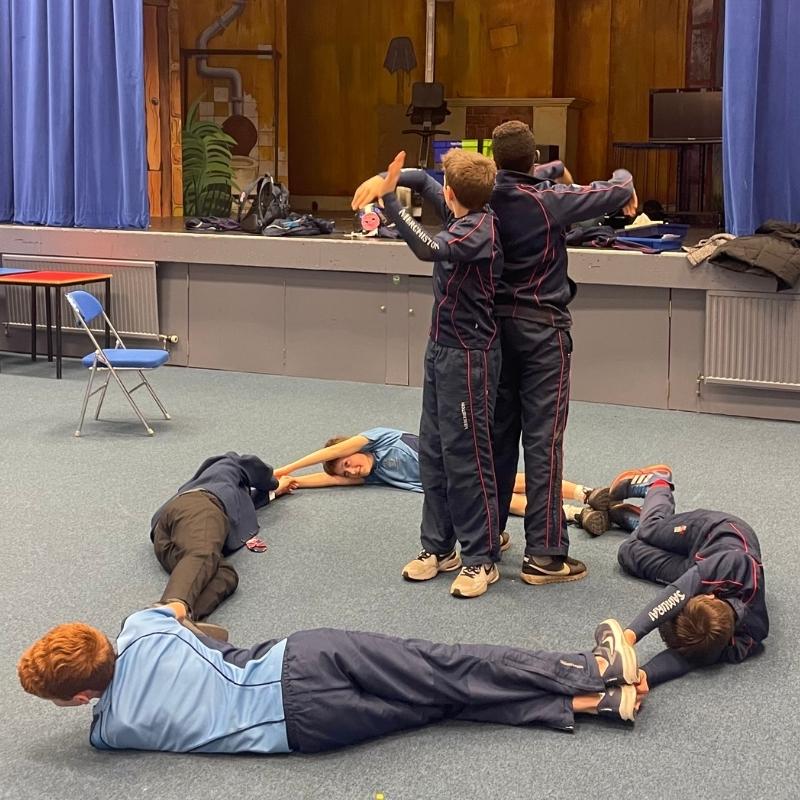 The Junior Drama Club aims to give boys from I to IV Form the chance to develop their performance skills, building confidence while working together as a team and most importantly, having fun!

Just before lockdown, we filmed the rehearsals of the Merchiston Juniors drama production of The Twits.

This week, the Golden Age of Piracy is arriving at Merchiston, courtesy of the Drama Department.

At Merchiston we want boys to develop a deep appreciation for all types of drama. We produce two large productions each year one in the senior school and one in the junior school. In recent years these have covered everything from modern tragedies to Shakespearean comedy to full-scale musicals.

We work in partnership with St. George’s school for girls. Each year boys can audition for and perform in the St. George’s production and girls from St. George’s perform in our production. Boys who want to pursue their interest in drama further can also participate in other groups beyond the school and we have had several boys each year involved with the Lyceum in Edinburgh amongst others.

Boys have the opportunity to get involved in all areas of the production: on stage, backstage, front of house, publicity, sound and lighting, helping with the direction and production. We encourage all boys to participate in the enormous team effort that goes into each production. In our recent production there were well over 40 students involved both on stage and behind the scenes.

We are very lucky to have our own dedicated and well-equipped theatre. This has allowed us to include high quality lighting, a full orchestra and special effects within our productions that put a level of professional polish on what we do. Special effects have included artificial snow, smoke effects, animatronics and pyrotechnics.

We also work with external groups such as “play in a day” to provide further events and specialised training in, for example, stage combat and dance.

There are no events to display